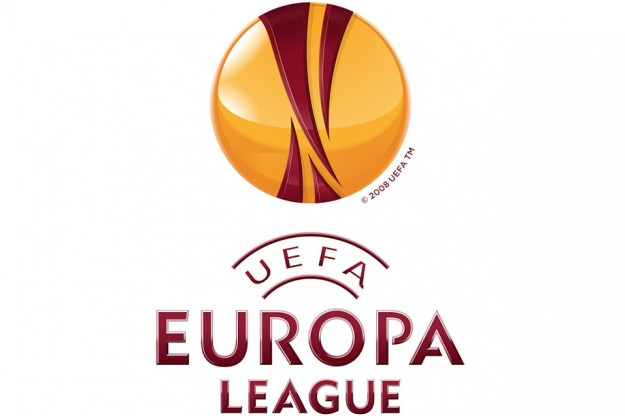 Having finished 4th in the ligue, OM will qualify for the Europa League having missed out on Champions League football by 2 points. But all is not confirmed yet, OM need psg to beat Auxerre in the Coupe de France on Saturday in order to qualify directly for the group stages. If Auxerre were to beat psg, thus denying them a domestic treble, OM would have to play 2 preliminary rounds in July and August in order to qualify for the group stage.

A number of OM’s stars and fringe players are participating in post-season tournaments.

Having seen off notable opposition in previous friendlies in the form of Bayer Leverkusen and Benfica, OM had faced what should be an easier opposition in the form of Dutch side Willem II. Despite spending last season in the Dutch 2nd division, they earned promotion back to the Eredivisie at the first time of asking, having finished 1st last season. 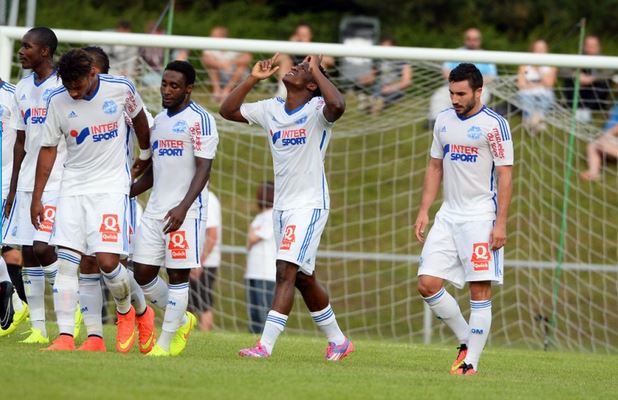 Playing a more traditional 4-3-3 formation, Marcelo Bielsa welcomed Mandanda, Nkoulou and Andre Ayew back to the match day squad, although none were deemed fit enough to start from the beginning. They all played their part in an emphatic win though as OM hit 5 past their Dutch opposition, with Thauvin scoring and assisting and new signing Batshuayi netting his 2nd and 3rd goals in 3 OM games.

The game started evenly with both Samba and Ondaan being called into action early on. As the first half progressed though OM began to take control. After giving away a free-kick just outside their penalty area, Thauvin made Willem II pay, as he curled the free-kick into the near post leaving Ondaan clutching fresh air.

Taking over Payet’s recent role as master-creator, Thauvin then set up Marseille’s 2nd goal 4 minutes later. His run down the right and hold up before crossing allowed OM players to swarm the box, Thauvin’s accurate cross found Imbula who chested down before shooting past 3 Willem II players.

Half-time brought about the usual raft of changes with Batshuayi replacing Gignac, 2 of Marseille’s World Cup representatives, Nkoulou and Andre Ayew replacing Thauvin and Romao, and perhaps most significantly Steve Mandanda, returning from his neck injury in the final game of the season, replacing Brice Samba, who has performed tremendously well during the pre-season.

Unfortunately, as soon as the 2nd half kicked off, Willem II looked as though they were going to spoil the welcome back party! They improved their passing, movement and were getting into dangerous positions, putting in some shots that almost troubled Mandanda. Although this was worrying to watch for a little while, Willem II, didn’t really get any shots on target, but it may give Bielsa and his team some food for thought in preventing the opposition from creating chances.

After 10 minutes of domination, Willem II let the game slip beyond their grasp. As Payet picked up the ball he played in Batshuayi. Although it initially looked to be going out of play, the Belgian managed to beat the ‘keeper to the ball, take it round a defender the the keeper and shoot into the far post. This showed determination, skill and composure from the Belgian, who has looked an exciting prospect.

The game stagnated somewhat over the next 20 minutes with both teams seemingly accepting an OM win. But in the 80th minute Cheyrou added a 4th to the score-sheet. Andre Ayew picked up the ball on the OM left and whipped in a deep cross. Cheyrou volleyed into the ground and into the far post, back across goal for his first OM goal of the pre-season.

As OM suddenly picked up and looked for a 5th in the final 10 minutes Amalfitano broke into the box only to be felled and win OM a penalty. After some discussion between Ayew and Batshuayi it was the Belgian who stepped up to take the spot kick, convincingly sending the Willem II ‘keeper the wrong way to pick up his 3rd goal in 3 games (it seems as though his goal against Bayer Leverkusen was given as an own-goal).

Another convincing OM win, giving the Bielsa era a record of 3 wins from 3, 11 goals scored and 2 goals conceded. All players have managed to play the Bielsa systems, tactics and formations well, with substitutions slotting in seamlessly. It has also been excellent to see some of the youngsters getting pitch time and also playing well. In previous seasons, OM have had a strong starting 11, but looked weak beyond this. Bielsa has varied between a back 3 with only 1 recognised defender, to a back 5 with 4 recognised defenders, with neither of these systems demonstrating any major weaknesses. The beauty of Bielsa’s Marseille so far has been the work ethic and team spirit, but it’s excellent to see that the manager is already looking for potential ‘plan c’ and ‘plan d’ for games, which immediately puts him above his predecessors Baup and Anigo who rarely seemed to have any resemblance of a ‘plan b’.

Marseille kept the pressure on the other teams at the top end of Ligue 1 with a typically disciplined performance against Lorient, as a single goal again proved to be the difference between Marseille and their opponents.

During the opening exchanges Lorient closed down well, with both teams struggling to find any space in a tight midfield. While Monnet-Paquet was the Lorient target down their right, Valbuena provided the most threatening runs and delivery for OM, his free kick on 7 minutes forcing Audard to push the ball round the post. OM’s next chance fell to ex-Lorient man Romao. Neat play down the left between Andre Ayew and Valbuena resulted in Romao dragging a half volley just wide of Audard’s near post.

The game could have changed on 20 minutes when Lucas Mendes cleared off the goal line to keep Mandanda’s clean sheet record intact. Baca broke into the box and shot from a tight angle at Mandanda, as the ball looped up off Mandanda, Mendes managed to volley the ball out of danger before the ball crossed the line.

The incident seemed to spark OM into life, who despite dominating possession had not threatened Audard too greatly. As the game opened up both teams enjoyed more space. Cheyrou played the ball into some of this space on the left for Gignac, who immediately played in Andre Ayew. Ayew’s shot was right at Audard and as the ball bounced out of the box, Valbuena was first to it and shot past the covering defenders for his 5th goal of the season.

After another Lorient break against Morel, Lorient this time did manage to get the ball past Mandanda. The resulting corner from Monnet-Paquet’s run was drilled in to Aliadière. As the ball was returned to Jouffre he cut inside and drilled a powerful shot past Mandanda. Fortunately for the OM defenders the assistant correctly judged that Jouffre had picked the ball up in an offside position.

As half time approached Lorient were beginning to look like the team likeliest to score next. Les Merlus players coped better with the artificial surface and continually pressed the OM team into making mistakes, Gignac and Valbuena were both caught in possession on the half way line leading to Lorient breaks forward.

For the majority of the second half both teams struggled to create any clear chances. Lorient continued to try and exploit Morel’s ‘weakness’ through Monnet-Paquet but consistent poor deliveries into the box meant the Lorient strikers rarely showed any danger of ending Mandanda’s clean sheet streak.

With the enforced substitution of Rod Fanni due to a knock, Lorient began to target the Marseille right more than they had been. Clearly seeing Abdallah as a weaker player than Morel. Their probing down the OM right almost paid off too as Auret struck a rasping shot off Mandanda’s cross bar.

Perhaps unsurprisingly Elie Baup decided to shut up shop and play rather defensively in the final stages of the game. The introduction of Barton for Valbuena left OM playing almost 4-5-1 when defending. As a result Lorient were restricted to shots from distance that never really troubled Mandanda.

As the game drew to a close the game became rather heated. First of all Gignac was clipped and pushed in the face. His protests about the challenges resulted in a booking for him as he was stretchered off the pitch and also a booking for Gassama and Jordan Ayew. Minutes later Barton was booked for a trip on Sunu, just before the full time whistle. The card action didn’t end there though as a scuffling Audard and Andre Ayew were both red carded after full time to put a slight damping on another solid win.

Confirmation is awaited on the severity of Fanni’s injury, but initial reports expect him to be out for 7-10 days, making it likely that he will sit out next week’s game against Bastia along with Andre Ayew.

This was another great win for Marseille against a Lorient team who had only been beaten once at home before this game and had averaged 2 goals a game at home too.

Tough to give a man of the match for this team effort. Special mentions must go to Mandanda who kept up a stunning record of clean sheets, pulling off a number of superb saves in the process. Much maligned Jeremy Morel also played well, and despite being beaten on some occasions by Monnet-Paquet managed to put enough pressure on him to ensure there was rarely a good cross delivered from the right.

Reaction from Steve Mandanda: “I hope this is the victory that will ensure our place in the top three. This is a very important weekend and a very important victory, because Lille lost points at home and there is also a direct confrontation between Lyon and Saint-Étienne. We continued on our way, it was a very important win tonight. We won by our favourite score, 1-0, and in the end, it’s three points, like any other win. With four or five games to go we will not play like Barcelona. We play how we know how to, with the goal of taking three points.” (From ligue1.com)

MarseilleUK
Create a free website or blog at WordPress.com.