When most think of ‘ultras’, they see a faceless mass of men, often viewed from the outside as intimidating and hooliganesque. Most don’t see the people behind the group, the individuals who love their team and club, who follow them to opposite ends of the country and across continents. They don’t see the people who live for the match day, who round up the supporters, start the chants, organise and unfurl the tifo banners and stay behind to tidy everything up again. Patrice de Peretti, more affectionately known as Depe, was one of those men, and he died 14 years ago at the tender age of 28.

Depe began his support with the ‘South Winners’ group. He attended most matches, and in 1989 when travelling to see OM take on AEK Athens, he saw a group of AEK ultras shirtless. That inspired him to attend all OM matches shirtless, whatever the weather, it didn’t matter if it was 30*C in Mediterranean sunshine or -12*C in Berlin winter. 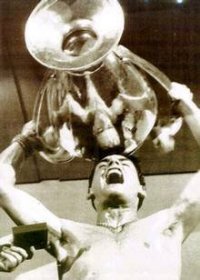 He became well known and was popular with players and other supporters groups, even being permitted to lift the Champions League trophy at the Velodrome. In 1994, Depe left the South Winners group and set up the MTP (Marseille Too Powerfull) ultra group in the Virage Nord, the group now boasts over 3000 members.

Unfortunately Depe died of an anuyrism on 28th July 2000. The north corner of the Velodrome bears his name in honour of the man who inspired thousands of OM supporters. The following game the crowd and players united in remembrance for Depe, the players even standing in front of the Virage Nord topless in honour of the hero. 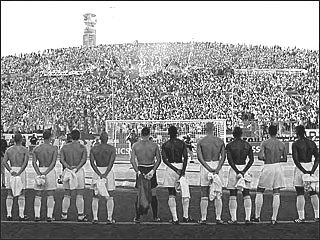